In June 2018, Steve and Jeana took part in ITV’s medical experiment ‘The Fast Fix’, in which they were challenged by a team of doctors to follow the exante 800 Calorie Plan in an attempt to reverse their Type 2 Diabetes – you can find out more about the experiment here!

The results that both Steve and Jeana achieved after just 8 weeks on our plan were astounding – both lost weight, improved their health and can now manage their type 2 diabetes.

With the help of exante, Steve  lost 2 and a half stone in just eight weeks, and dramatically improved his health. Not only this, but following exante 800 helped Steve to send his type 2 diabetes into remission!

One year after Steve out his diabetes into remission

We got in touch with Steve to find out how he’s doing one year on since ITV’s “The Fast Fix”. Here’s what he had to say…

“Twelve months on I am delighted to say that my diabetes is still in remission – my last review showed a blood sugar level of 43 mmol/mol and I haven’t taken any medication for nearly 18 months now. Am I still on the shakes? Well, although my diet doesn’t consist of them it is still supplemented by them. I find it so easy to swap a meal for a shake and you can even take them with you wherever you go. My favourites? Banana and Lemon Cheesecake. 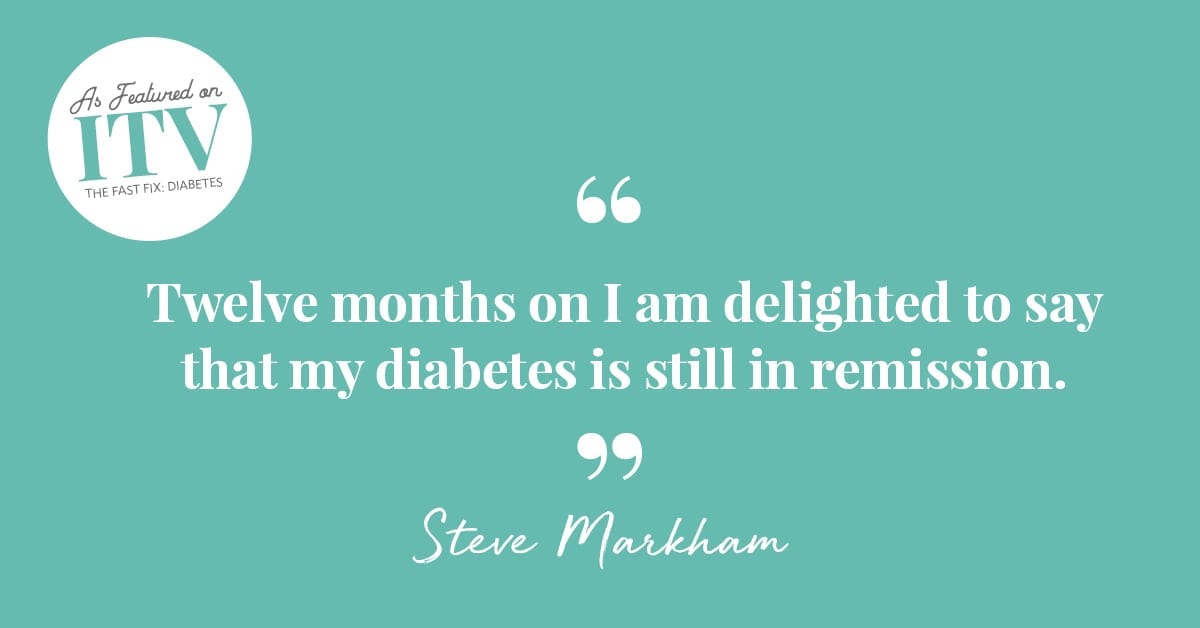 “I think the best thing about the last 12 months is the messages I’ve had. People I don’t even know who have contacted me to tell me about their story and how my journey inspired them to give exante a go. Some of their results have been just as remarkable as mine!

It is now second nature to me to think carefully about what I am eating. I know that what I learned as part of this process and the role played by exante shakes has left me forever grateful. I enjoy a very active life doing fell walking (which I love) and I had once feared that having diabetes might have curtailed that hobby. In fact, it has enhanced it and I cannot thank exante enough.”

Before exante, Jeana was fearful that her life would be limited by the damaging effects that type 2 diabetes was having on her body. With the help of exante, Jeana has not only lost weight but is now able to manage her diabetes, and hopes that in the near future she will be able to send it into remission! Jeana’s husband has also decided to start his weight loss journey with exante and they are still both enjoying the mental and physical benefits that the plan is having on their lives!

To kick start your weight loss journey today, check out our diet plans, starting from as little as £2.50 a day. Try our range today and see how exante could help on your journey to a healthier lifestyle!

How Justin lost 7 stone and took control of his T2 Diabetes!

Success Story: Gemma from Bolton has lost 16lbs in 7 weeks