Low calorie diets are now being looked at with regard to reducing the risk of type 2 Diabetes. exante previously featured in a prevalent study that was aired on ITV in June. The results were incredible, with some of the participants successfully sending their Type 2 Diabetes into remission.

We’ve been lucky enough to work with Tracey, one of the volunteers on ITV’s ‘The Fast Fix: Diabetes’, to find out how the study went and a little more about her journey. All of the volunteers were overweight, had high liver fat % and had Type 2 Diabetes. They moved into ‘The Fast Fix’ Clinic for four weeks where their progress was overseen by GP Dr Zoe Williams and Professor Jason Gill, a leading name in the prevention of type 2 Diabetes. The study looked to see whether a VLCD (very low-calorie diet) could reverse Type 2 Diabetes, which for Tracey is exactly what happened. Read Tracey’s full story below.

It’s been 4 months since coming back from the “house” where I lived with 4 complete strangers.  The person I was when entered that house, stayed there.  The person I became in the house and that is writing this now is a completely different person in so many ways -it is still hard to comprehend – even over 4 months later.  Yes, I’ve lost weight but I knew that would happen because that was a large part of the experiment, along with the attempt to reverse type 2 Diabetes.

We found out on arrival that we would be on 800 calories a day – a huge shock to the system.  I had some challenges ahead – surviving a VLCD, living with 4 complete strangers in a house, undergoing lots of tests and experiments and being filmed all at the same time. Read more about ‘The Fast Fix’ study here. 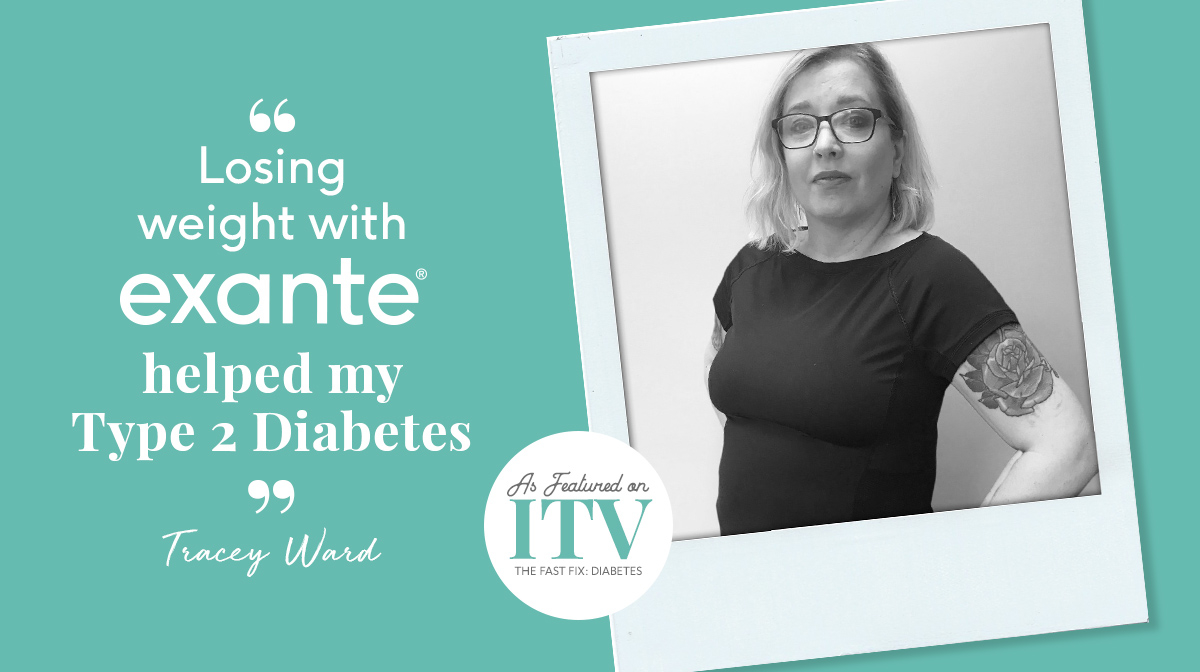 I have had problems with my weight for as long as I can remember. I’ve been on countless, unsuccessful diets and eventually I gave up. I started getting heavier and heavier and then, approximately two years ago, I started noticing changes: extreme tiredness, regular occurrences of thrush and unexplainable thirst and hunger. I knew that something wasn’t right so I decided to go to the doctors.

They took my HBA1C blood test (an average blood sugar result over the past three months) and found that my blood sugar was incredibly high (according to the British Heart Foundation, if you have persistently high blood sugar levels, you are likely to have diabetes).

I was placed on medication but continued to struggle with my weight and blood sugar levels – that was until I was chosen for ‘The Fast Fix’.

Before I started this experiment, I thought very low calorie diets and shake diets were bad for you.  I had it in my head that not only were they dangerous but that you also always put all the weight you’ve lost back on.  So, when they provided us with the exante meal replacement shakes my heart sank.

Well how wrong was I? Ok, so I will admit that the first couple of days I wasn’t keen. But as soon as I got used to them and started to use water from the fridge to have them chilled – they tasted fantastic.  I quickly found my favourites and then just got stuck in.  I was hoping it would help reverse my diabetes but shockingly it did even more than just that!

Realising the Impact that Weight had on my Health 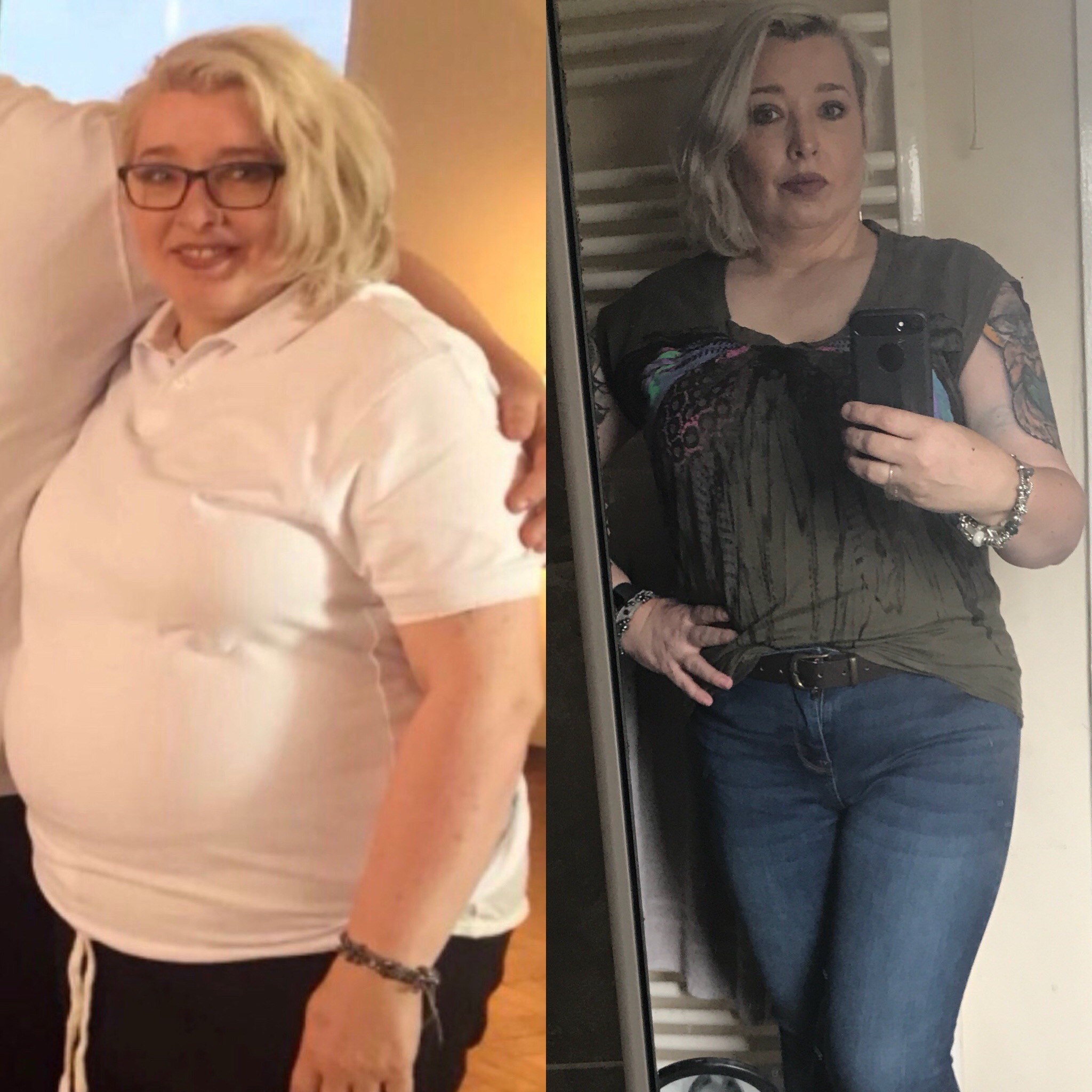 We were extremely honoured during filming to be introduced to three men who had lost limbs because of type 2 Diabetes. The horrifying part: they were unaware that they were diabetic until this happened. For example, one man was on holiday in Las Vegas and burnt his feet walking around the pool barefoot. He was able to be barefoot because Diabetes had affected the sensation in his feet; they had become numb and he was completely oblivious. Subsequently he got an infection and due to his diabetes struggled to heal – to the point he lost his leg up to his knee.

It made me see just how short life can be.  I’ve been given a second chance and I am going to grasp it with both hands and live my life to the fullest I can.  I want to be able to inspire and motivate others and to help them reduce their risk of an early death or one filled with chronic disease.

Before I went into the house for the experiment I was on approximately 20 tablets a day.  Today I have to take 8 and I’m hoping that by this time next year that number will be even less. My first gym visit I couldn’t even do 1 minute on a cross trainer because of pain and this morning I was on it for 40 minutes!

My type 2 Diabetes is, in fact, in remission now and I have lost over 30lbs using exante meal replacement products. I have gone from a size 22 to a 14 (aiming to be size 12) and I have lost over 50 inches all over! I am also gaining quite a bit of muscle now so I am losing inches as opposed to pounds and that is brilliant!  I think we can get a bit hung up about numbers of pounds lost.

Losing that weight gave me my life back, which to me, was more than a miracle.  I noticed that my joints weren’t as painful and I could put my socks on! (Don’t laugh but that was a massive thing!) Now, nearly every day I’m in gym clothes. If someone had told me last year –  that I would be going to the gym, I would have died laughing!

The whole process of partaking in the ITV show ‘The Fast Fix: Diabetes’ showed me just how ignorant we are as a nation about type 2 Diabetes and what little knowledge the general public have.

This is not a challenge that will be won overnight but, I am proof that it can be won. I believe exante is the best way to get your body prepared and on track to change your life for the better.

To read more about Tracey’s story and for some diabetes-friendly recipes, click here.

Want to hear more from the participants of the ‘The Fast Fix’ and the impact a VLCD had on their type 2 diabetes? Listen to Steve and Jeana’s incredible stories now…

Steve and Jeana took part in ITV's medical experiment 'The Fast Fix', in which they followed the Exante 800 Calorie Plan in an attempt to reverse their Type 2 Diabetes - here are their inspirational stories.

If you’re new to exante or can’t decide between your favourite flavours, why not try our meal replacement 2 week pick (42 meals) for just £38? Check out this offer here: https://www.exantediet.com/offers/2-week-deal.list

Lover of Blueberries, running and the odd square of dark chocolate

The 5 Healthiest Breakfasts According To Nutritionists

Meet Charlie: Your Exante 2017 Slimmer of the Year!

Top 10 Post Lockdown Diet Tips: How to Stay on Track with Your Weight Loss Goals

What we’re using to detox ready for summer…