Benefits of Green Tea: Does a Green Tea A Day Really Keep the Doctor Away?

We’ve all heard that it’s supposedly good for you, but what is it that makes green tea so special? Today we’re cutting the fact from fiction, ready to find out whether you should be switching your usual brew for a cup of green tea goodness.

But first, some background on tea…

Builders, breakfast, Earl Grey, oolong, green and black tea all come from the same place, a plant called Camellia Sinesis (1). This flowering shrub is the source of all our favourite tea-based beverages, its flowers are processed to different degrees to create a whole variety of tea (2). 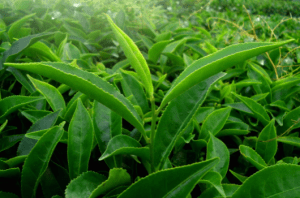 Green tea, however, is produced from predominantly unprocessed tea leaves which, as you might have guessed, explains its name ‘green’ tea (1). But there’s a lot more to green tea than its colour. Praised by East Asia for centuries for its healing qualities, green tea has been enjoyed for the last 5000 years and has been known to hold a whole host of wonderful health benefits (1).

Is green tea good for you?

Okay, so we’ve told you about the rumoured magical medicinal elements of green tea, but where’s the evidence? We’ve done all the research just so you don’t have to; let’s check out why a green tea a day might just keep the doctor away…

Green tea is high in antioxidants

Unlike your regular cuppa, green tea isn’t overly processed which means that it’s high in protective polyphenols. The main polyphenols in green tea are flavonoids which are known to be one of the most powerful antioxidants, making green tea significantly healthier than black tea (1).

Antioxidants are an important component of a healthy diet because they’re known to protect your body against disease (1). You can find antioxidants in a range of fruits, vegetables and, of course, a hot mug of green tea!

Did you know that green tea contains more caffeine than coffee per gram? The reason there is less caffeine in a cup of tea than a hot cup of coffee is because we steep (soak) tea leaves, meaning not all of the caffeine is consumed. But with coffee, all the granules dissolve in the water, making it much stronger.

Nevertheless, your average cup of green tea still has about 35-80mg of caffeine, making it a stimulant (1). Stimulants are known to boost brain function, but green tea is even more special than that because it also contains an amino acid called L-theanine (1). L-theanine works by increasing the neurotransmitter GABA which helps with dopamine (the happy hormone) production, creating a relaxing and soothing effect on the body (1).

Some research has shown that green tea can support weight loss because it has been shown to boost your metabolism rate which, in turn, can increase fat burning (1). But it’s important to remember that not all studies have shown an increase in metabolism, so the same effect might not work for you!

I don’t like the taste of green tea, but I want the benefits, what can I do?

So, you want all of these amazing benefits, but you hate the taste of green tea? We totally get it! That’s why we’ve got some yummy exante products, perfect for anyone craving that green tea goodness, minus the taste!

Everyone’s favourite low calorie drink, BURST is the tastiest way to get your green tea fix. This energy drink is bursting with benefits- literally! BURST’s unique blend of vitamins and minerals help keep you focused and energised, maintain your hair, skin, and nails, and, thanks to the green tea, can even support your metabolism!*

Want to find out more about how BURST can level up your healthy lifestyle? Check out our blog below

Thanks to our green tea supplements, you can still get all the goodness of green tea without even needing to take a sip! Our Green Tea Extract Tablets naturally provide polyphenols, catechins, epigallocatechin gallate and caffeine in a convenient and vegan friendly tablet. For all the best benefits, we’d suggest taking one tablet daily with food.

Get your hands on the full Boost of Botanicals range

Love finding out more about all things healthy living? Be sure to check out some of our similar blogs below:

Our Wellness Tips & Tricks for Ending January on a High

Back to Basics... How does a Calorie Deficit work?

Stay in the know with exante by following our Instagram, TikTok and Facebook pages, packed full of amazing recipes, highlights and behind the scenes! Need a little extra support to get started on your healthy journey? Why not join our Closed Group on Facebook, perfect for sharing stories and giving you that little bit of inspiration just when you need it!

Why Skipping Breakfast Could be Hindering your Weight Loss

How to Stay Healthy this Autumn Season

How to Make New Year’s Resolutions & Stick to Them

The Coffee Shop Range is BACK