Meet Joanne who is 61 from the Wirral as she shares her story in her own words about her weight loss journey, and how she decided to take control of her health. 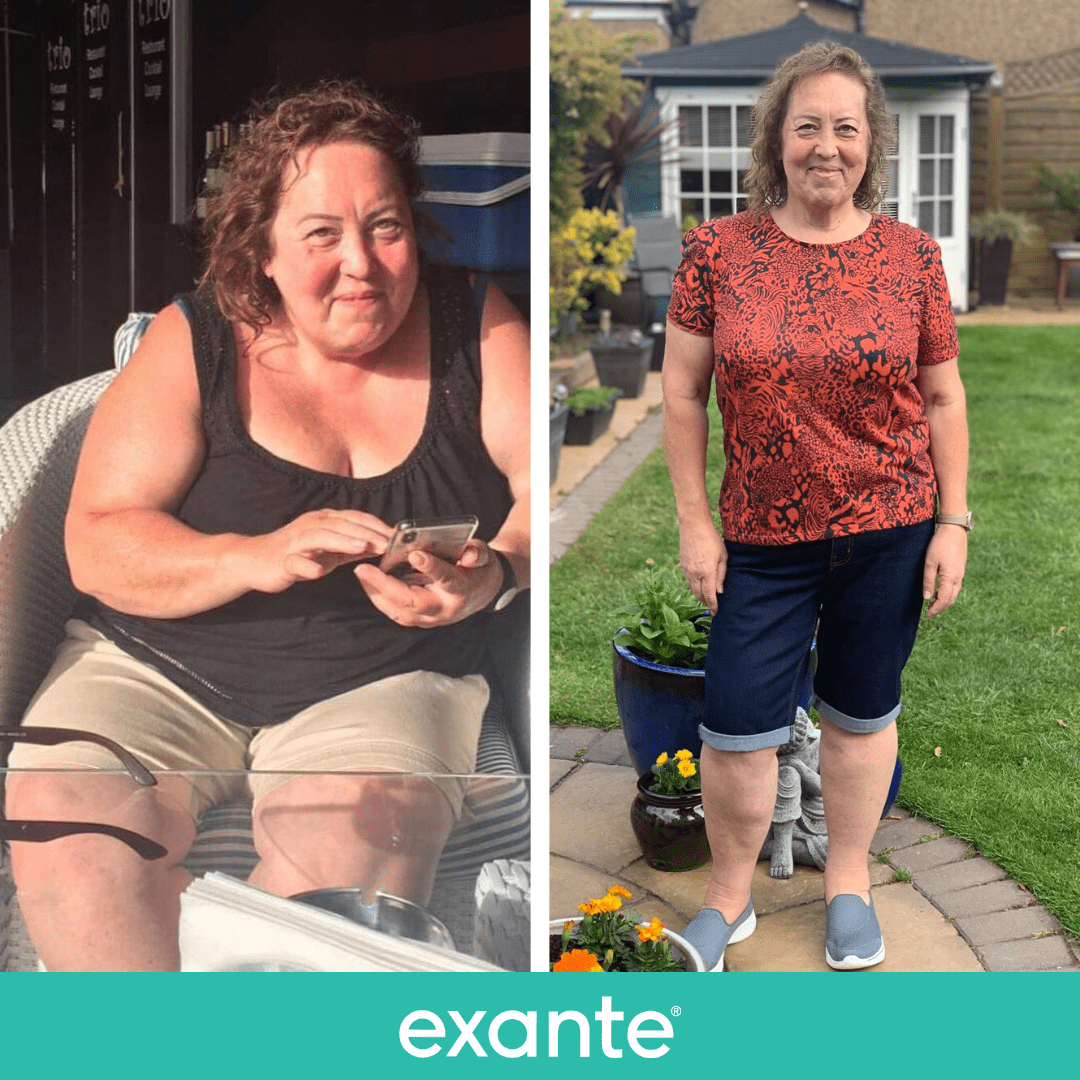 Where it all started…

“I’ve virtually always been overweight, even as a child & dieted at numerous times. Way back in 2012 I lost 5 stones by myself with diet & exercise & kept it off for a few years but after that the weight gradually crept back up again. Since then I just didn’t have the motivation to go on & stick to a diet even though I’d drop a bit & then put it back on again. I know from experience that if your head isn’t in the right place you’re not going to do it.”

“I started to eat a bit more sensibly (but wasn’t dieting as such) after Christmas 2019 & had weighed myself on 7th January, I was 15 stone 11lbs. I went to the doctors for my regular B12 injection on 23rd January & I was told I was also due a routine health check. Normal measurements were taken plus blood & a follow up appointment was made with the HCA for the 5th February. I didn’t have a good feeling about the blood test results. I’d previously been told in passing that my blood sugar was a bit high & I could do with reducing it but hadn’t really taken much notice.”

“On the 27th January, I received a phone call from the doctor’s receptionist advising that the doctor had requested that I make a “new diabetic appointment with the nurse”. A 40-minute appointment was made for 17th March, the first available. My HbA1c level was 85.”

“I was shell shocked to say the least & I have since received an apology, that’s not how I should have been told/found out. It was devastating but it actually gave me the kick up the backside that I needed. There had been loads in the press at that time about diabetes & reversal, so I started googling & ordered Professor Taylor’s book ‘Life Without Diabetes’ which I received the next day & that became my bible.”

“I researched which diets had been used but Professor Taylor isn’t prescriptive as long as they are a complete nutrition diet of around 200 calories each, exante is one of those suggested. The idea is to reduce your personal fat threshold & shock the pancreas back into insulin production by rapid weight loss. In effect I am following his diet using exante products rather than the exante diet as per the guide.”

“I started on 3rd February weighing 15 stone 6.5lbs & on my last weigh in (1st June) I weighed 12 stone 3lbs. I’m only 5’ 2” so I am still far too heavy, I need to lose around another 2 stone but I know from my previous big loss that when I get to my desired weight of around 10 stone I start to look very drawn, I can see that looking back at photos from that time. I actually haven’t found the diet hard, I’m obviously very motivated.”

“I went to my health check follow up with the HCA on 5th February. All my blood results were bad. She told me that the results “suggested” diabetes but that wasn’t confirmed before a second blood test that she wanted to do that day & until I saw the diabetic nurse who would put everything together. I told her that I didn’t want the second blood test because I wanted to try to reverse it & I didn’t want a diagnosis on my records. I’d taken my trusty book with me & told her I’d already started the diet & wanted the repeat blood test at the end of the 8 week reversal period instead.”

“She consulted with the diabetic nurse who hadn’t heard of the trials but because I was so determined to do something about it she agreed & said it’d be really interesting for them too. My repeat blood tests were delayed due to Covid-19 but were finally taken on 18th May. I was scared to get the result because as much as I hoped it’d worked I hadn’t lost weight quite as quickly as the trial target. Head in the sand job, I finally rang for the results on 28th May & I was told they were normal. I was so shocked I couldn’t take it in & had to ring back to confirm it & ask for my HbA1c level which was 41 (it had been 85).”

“I’d done it! I’m hopeful that by the time I’ve lost my remaining weight my level will drop still further & I intend to keep it there.”

Please note – Our blog articles should be used for informational and educational purposes only and are not intended to be taken as medical advice. If you are concerned, please consult a health professional before taking dietary supplements or introducing any major changes to your diet.

Steve and Jeana took part in ITV's medical experiment 'The Fast Fix', in which they followed the Exante 800 Calorie Plan in an attempt to reverse their Type 2 Diabetes - here are their inspirational stories.

Aimee graduated from the University of Bristol in 2019. It was during her time at University that her love of fitness and nutrition truly began. She’s always loved an active lifestyle from a small child. Aimee frequently enjoys going to the gym, regular hot yoga classes and going for long country walks. She loves trying new activities and in the last 12 months has tried jet skiing, horse riding, and her first 10K race.

Pre-Wedding Weight Loss: Ten Ways to Slim Down for the Gown

Under Pressure: Meet the inspiring people who lowered their blood pressure with exante

‘Spring Into A Slimmer You’ Shake Challenge